Parents who are constantly checking their phones and kids who misbehave 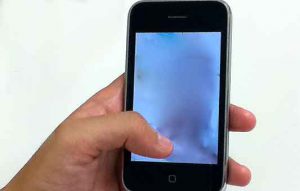 Parents who are constantly checking their phones may be more likely to have kids who misbehave than people who are able to step away from their screens, a small U.S. study suggests.

“Prior studies have shown us that some parents can be quite absorbed by their devices and that when they are absorbed it seems like it is difficult for children to get their attention,” said lead study author Brandon McDaniel of Illinois State University in Normal.

“Everyday intrusions of technology that are likely happening to all of us that have and use smartphones can begin to influence our children’s behavior.”

Among other things, the surveys asked about how often smartphones, tablets, laptops and other technology disrupted family time with interruptions like checking phone messages during meals or answering texts in the middle of conversations.

Parents were also asked to rate how problematic their personal device use was based on how often they worried about calls or texts and whether they thought they used mobile devices too much.

While both mothers and fathers thought technology use distracted from interactions with their children at least once a day, the women perceived their phone use as a bigger parenting problem than the men.

About 48 percent of parents reported technology interruptions at least three times a day, while 24 percent said this happened twice a day and 17 percent said it occurred once daily.

Researchers also asked parents to rate the frequency of child behavior issues within the past two months by answering questions about how often their children whined, sulked, easily got frustrated, had tantrums or showed signs of hyperactivity or restlessness.

After adjusting for other factors that can influence kids’ behavior such as parent income and education level and other family dynamics, researchers found an association between parents’ belief that their technology use was disruptive and parents reporting that kids had behavior issues like tantrums, whining or hyperactivity.

The study wasn’t a controlled experiment designed to prove how or if parents’ technology use changes the way kids behave.
Other limitations include the lack of clinical data or reports from teachers or other adults to verify that kids had behavior problems.

Children learn from their parents’ behaviors.
Constantly checking your phone is going to have a negative impact on this connection.