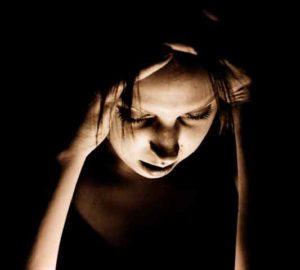 More than half of the world’s population has an active headache disorder, but fortunately headaches happen less often the older you get.

Lars Jacob Stovner, a professor at NTNU (Norwegian University of Science and Technology), and his colleagues, identified 357 articles published between 1961 and the end of 2020, that covered different countries and time periods, and varied in their analytical approaches.

Nevertheless, the research team was able to analyse the data to explore the prevalence of headache disorders around the world.

The results published in The Journal of Headache and Pain indicate that more than half of the world’s population has an active headache disorder.

“It’s a fact that headaches happen less often the older you get,” says Mattias Linde.

Headaches of all types increase from about age 20 to age 39 and are the most bothersome between ages 30 and 39.

Once the forties hit, the prevalence of headaches declines steadily with age.

According to Linde, so far scientists can only theorize about why people get fewer headaches as they age.

One theory is that as older people’s senses get weaker, they simply no longer feel the headache and its associated symptoms.

Another explanation is that older people’s blood vessel walls thicken and stiffen, with the result that they don’t pulsate and expand as much.

A third explanation is that people become more sensible as they age and don’t get stressed out as often.

“Many older people still have just as many headaches, but they aren’t adequately captured through diagnostic criteria. For many of them, the pulsating pain is probably what’s no longer there,” says Linde.

he Journal of Headache and Pain
The global prevalence of headache: an update, with analysis of the influences of methodological factors on prevalence estimates
Link…

Time trends in the prevalence of headache disorders. The Nord-Trøndelag Health Studies (HUNT 2 and HUNT 3)
Link…