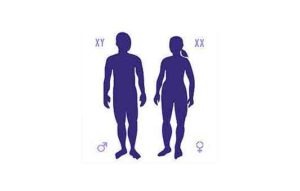 Around one in 500 men could be carrying an extra X or Y chromosome putting them at increased risk of several common diseases.

MEN
In a study published in Genetics in Medicine, researchers at the Universities of Cambridge and Exeter analysed genetic data collected on over 200,000 UK men aged 40 to 70.

The data was collected from UK Biobank, a biomedical database and research resource containing anonymised genetic, lifestyle and health information from half a million UK participants.

Only a small minority of these men had a diagnosis of sex chromosome abnormality on their medical records or by self-report.

Men with extra X chromosomes are sometimes identified during investigations of delayed puberty and infertility; however, most are unaware that they have this condition.

Men with an extra Y chromosome tend to be taller as boys and adults, but otherwise they have no distinctive physical features.

Men with XYY appeared to have a normal reproductive function.

Men with either XXY or XYY had higher risks of several other health conditions.

The researchers say that it isn’t clear why an extra chromosome should increase the risk or why the risks were so similar irrespective of which sex chromosome was duplicated.

WOMEN
Previous studies have found that around one in 1,000 females has an additional X chromosome.

Quality of life seems to increase after leaving school.

EEG abnormalities seem to be rather common.

Many girls show motor-coordination problems and auditory-processing disorders are not rare.

The IQ levels are 20 points below that of controls, and verbal IQ is lowest.

The girls struggle with low self-esteem and they need psychological, behavioural and educational support.
They perform best in stable families.

After leaving school they seem to feel better.

In adults, premature ovarian failure seems to be more prevalent than in controls.