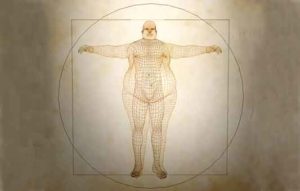 A consortium of international researchers including scientists from IMBA, the University of British Columbia, Medical University of Vienna, and the Estonian Biobank have now taken a unique approach: thus far, the regulation of fat metabolism has mainly focused on finding genes linked to obesity.

The team, however, went on a quest to discover genes linked to thinness, or the resistance to weight gain.

“We all know these people, who can eat whatever they want, they don’t exercise, but they just don’t gain weight.
They make up around one per cent of the population,” says senior author Dr. Josef Penninger, Life Sciences Institute Director and professor in the UBC department of medical genetics and a Canada 150 research chair.

Penninger’s team, including researchers from Switzerland, Austria, and Australia, compared the genetic makeup and clinical profiles of 47,102 healthy thin, and normal-weight individuals aged 20-44.

They compared thin to control individuals and were thereby able to pinpoint ALK, which codes for Anaplastic Lymphoma Kinase, as a candidate gene for thinness.

ALK was mainly known due to its involvement in cancer, as it is frequently mutated in multiple cancers.

However, its physiological function was largely elusive.

To test the hypothesis of ALK being involved in thinness, the researchers inactivated the Alk gene in mice.

Strikingly, despite normal food intake and activity, Alk deficient mice were skinnier because of a much-reduced fat mass and strikingly protected against diet-induced obesity as opposed to littermate controls.

Interestingly, when knocking down the ALK orthologues in the fruit fly Drosophila melanogaster, they also found significantly lower triglyceride fat accumulation, even when flies were fed a high-sucrose diet.

“Our work reveals that ALK acts in the brain, where it regulates metabolism by integrating and controlling energy expenditure,” says Michael Orthofer, the study’s lead author and a postdoctoral fellow at the Institute of Molecular Biology in Vienna.

This means that they burn more calories than normal mice and explains why they remain thin even if they eat the same amount of food.

ALK is highest expressed in a very specific brain region called the paraventricular nucleus (PVN) of the hypothalamus.

When the scientists depleted Alk in this brain area, a similar body weight reduction was observed compared to full-body Alk knockout models.

The PVN is known to be involved in the regulation of energy homeostasis, both via hormonal pathways and the sympathetic nervous system, which uses norepinephrine as neurotransmitter.

Indeed, levels of the neurotransmitter norepinephrine were elevated in both white and brown fat of the mutant mice, indicating that ALK deficiency increases sympathetic tone to adipose tissues.

The team will next focus on understanding how neurons that express ALK regulate the brain at a molecular level, and determining how ALK balances metabolism to promote thinness.

“It’s possible that we could reduce ALK function to see if we did stay skinny,” says Penninger. “ALK inhibitors are used in cancer treatments already, so we know that ALK can be targeted therapeutically.”

For more infromation
Cell
Identification of ALK in Thinness
Link…