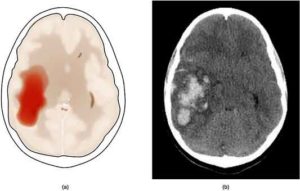 Women with very low LDL cholesterol and low triglycerides should be monitored by their doctors for other stroke risk factors that can be modified in order to reduce their risk of hemorrhagic stroke.

Lowering low-density lipoprotein (LDL) cholesterol reduces the risk of heart attacks and stroke, with an ideal value below 100 milligrams per deciliter (mg/dL).

But can it be too low?

A new study finds that women who have levels of LDL cholesterol 70 mg/dL or lower may be more than twice as likely to have a hemorrhagic stroke than women with LDL cholesterol levels from 100 to 130 mg/dL.

The study is published in the April 10, 2019, online issue of Neurology®, the medical journal of the American Academy of Neurology.

Hemorrhagic strokes, also known as bleeding strokes, are much less common than ischemic strokes, when blood flow is blocked to the brain.

They are also more difficult to treat and therefore more likely to be deadly.

“Our large study shows that in women, very low levels may also carry some risks.
Women already have a higher risk of stroke than men, in part because they live longer, so clearly defining ways to reduce their risk is important” said study author Pamela Rist, ScD, of Brigham and Women’s Hospital in Boston and a member of the American Academy of Neurology.

The study involved 27,937 women age 45 and older enrolled in the Women’s Health Study who had total cholesterol, LDL cholesterol, high density lipoprotein (HDL) cholesterol, which is known as good cholesterol, and triglycerides measured at the start of the study.

Researchers then reviewed medical records to determine how many women had a bleeding stroke.

With an average of 19 years of follow-up, researchers identified the women who had a bleeding stroke.

After adjusting for other factors that could affect risk of stroke, such as age, smoking status, high blood pressure and treatment with cholesterol-lowering medications, researchers found that those with very low LDL cholesterol were 2.2 times more likely to have a bleeding stroke.

For triglyceride levels, researchers divided the women into four groups.

After adjusting for other factors that could affect risk, researchers found that those with the lowest triglycerides were twice as likely to have a bleeding stroke.

No difference in risk was found for total cholesterol or HDL cholesterol.

“Women with very low LDL cholesterol or low triglycerides should be monitored by their doctors for other stroke risk factors that can be modified, like high blood pressure and smoking, in order to reduce their risk of hemorrhagic stroke,” Rist said.

“Also, additional research is needed to determine how to lower the risk of hemorrhagic stroke in women with very low LDL and low triglycerides.”

One limitation of the study was that cholesterol and triglyceride levels were only measured once at the beginning of the study.

Also, a large number of the women had already reached menopause when those levels were measured, which prevented researchers from examining whether menopause status may influence the link between cholesterol and triglyceride levels and bleeding stroke.

The study was supported by the National Institutes of Health.