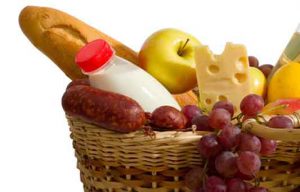 The rate at which we burn calories peaks much earlier, and starts to decline much later than previously thought, according to a recent study published in the journal Science.

An international team of scientists analyzed the average calories burned by more than 6,600 people ranging from one week old to age 95 as they went about their daily lives in 29 countries worldwide.

Scientists found that energy expenditure (adjusted for weight) in neonates is like that of adults but increases substantially in the first year of life, it then gradually declines until young individuals reach adult characteristics, remains stable in adulthood (20 to 60 years), even during pregnancy, then declines in older adults.

It is widely believed that our teenage years and our 20s are the ages when calorie-burning potential hits its peak.

However, the researchers found that, pound for pound, infants had the highest metabolic rates of all.

Energy needs shoot up during the first 12 months of life, such that by their first birthday, a one-year-old burns calories 50% faster for their body size than an adult.

After this initial surge in infancy, the data show that metabolism slows by about 3% each year until we reach our 20s, when it levels off into a new normal.
Energy expenditures during these middle decades – our 20s, 30s, 40s and 50s – were the most stable.

Even during pregnancy, a woman’s calorie needs were no more or less than expected as the baby grows.

The data suggest that our metabolisms don’t really start to decline again until after age 60.
The slowdown is gradual, only 0.7% a year.

But a person in their 90s needs 26% fewer calories each day than someone in midlife.

For a long time, what drives shifts in energy expenditure has been difficult to parse because aging goes hand in hand with so many other changes, but the research lends support to the idea that it’s more than age-related changes in lifestyle or body composition.

Lost muscle mass as we get older may be partly to blame since muscle burns more calories than fat: controlling for muscle mass it seem it’s because our cellular metabolism is also slowing down.