What should my daily sodium intake be? 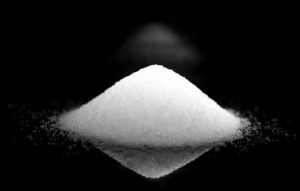 What should my daily sodium intake be?
New research shows that for the vast majority of individuals, sodium consumption does not increase health risks except for those who eat more than five grams a day, the equivalent of 2.5 teaspoons of salt.

Table salt is a combination of two minerals: about 40% sodium and 60% chloride.

Here are the approximate amounts of sodium in a given amount of salt:

The American Heart Association recommends a sodium intake of no more than 2,300 milligrams (mg) a day and moving toward an ideal limit of no more than 1,500 mg per day for most adults.

The large, international study also shows that even for those individuals there is good news.

The research, published in The Lancet, is by scientists of the Population Health Research Institute (PHRI) of McMaster University and Hamilton Health Sciences, along with their research colleagues from 21 countries.

The study followed 94,000 people, aged 35 to 70, for an average of eight years in communities from 18 countries around the world and found there is an associated risk of cardiovascular disease and strokes only where the average intake is greater than five grams of sodium a day.

China is the only country in their study where 80 per cent of communities have a sodium intake of more than five grams a day.
In the other countries, the majority of the communities had an average sodium consumption of 3 to 5 grams a day.

“The World Health Organization recommends consumption of less than two grams of sodium a day as a preventative measure against cardiovascular disease, but there is little evidence in terms of improved health outcomes that individuals ever achieve at such a low level,” said Andrew Mente, first author of the study and a PHRI researcher.

“In communities that consumed less than five grams of sodium a day, the opposite was the case. Sodium consumption was inversely associated with myocardial infarction or heart attacks and total mortality, and no increase in stroke.”

Mente is also an associate professor of the Department of Health Research Methods, Evidence and Impact at McMaster University.

Most previous studies relating sodium intake to heart disease and stroke were based on individual-level information, said Martin O’Donnell, co-author of the report, a PHRI researcher and an associate clinical professor of medicine at McMaster.

“Public health strategies should be based on best evidence. Our findings demonstrate that community-level interventions to reduce sodium intake should target communities with high sodium consumption, and should be embedded within approaches to improve overall dietary quality.

“There is no convincing evidence that people with moderate or average sodium intake need to reduce their sodium intake for prevention of heart disease and stroke,” said O’Donnell.