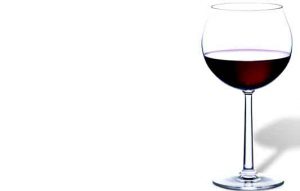 They were assigned to either red wine treatment or abstinence from any alcoholic beverage, as control.

Each treatment was preceded by a 2-week washout period.

During the intervention, subjects ingested 250 ml of red wine per day/ 5 days a week/ 3 weeks.

Fasting blood samples and fecal samples were collected 4 times, after washout and at the end of each 3-week intervention.

Twenty patients chosen randomly had their global metabolic profiles examined at all visits.

Diet was carefully controlled and quantified by a 3 day/week questionnaire at beginning and end of the study.

Prebiotics, probiotics were not allowed during the study. Patients in need for antibiotic therapy were not included.

a decrease in abundance of Collinsella, a bacterial genus correlated with atherosclerosis;

an increase in Eubacterium, genus related to fiber digestion and bile acid metabolism;

a significant increase in alpha diversity (p<0.05 for all).

Simultaneously total energy, proteins, carbohydrates and fat components of the diet did not change significantly.