In research published in Nature 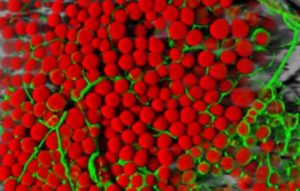 University of Melbourne scientists have uncovered the clearest evidence yet of how men and women’s immune systems operate differently.

The focus of the study, led by researchers from the Peter Doherty Institute for Infection and Immunity, the Walter and Eliza Hall Institute of Medical Research and University of Melbourne, was to understand why men are more prone to obesity and metabolic diseases than women.

It was already well known that when a high fat diet is fed to mice, the males become obese much faster than the females. In a bid to work out why, researchers minutely examined the body fat of mice.

“Body fat, or what we call the adipose, isn’t just fat, it is actually an organ that plays an important role in making hormones and messenger molecules to regulate metabolism” says senior researcher on the study Professor Axel Kallies at the Peter Doherty Institute.

Researchers discovered that the immune systems operating in the body fat of males and females were starkly different. 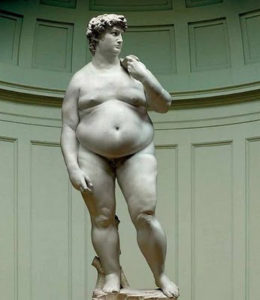 The male mice had many more and different types of white blood cells called Regulatory T cells (Treg cells), three to four times as many Tregs cells as females.

These cells play a crucial role in limiting the otherwise harmful inflammation that is triggered when our immune system is alerted to an infection.

They also found that males had a unique type of stromal cell (the cells that make up the connective tissue that shape organs).

“Not only did we discover dramatic differences in Treg cells, we also discovered a stromal cell type that responds directly to testosterone and is specific to males,” says study lead author Dr Ajithkumar Vasanthakumar.

This was surprising because past research on key organs involved in the immune system – the lymph nodes, spleen and blood – had found no difference in Tregs cells between males and females.

When they delved further to understand why males had so many more Treg cells in their body fat, they discovered the male-specific stromal cells.

It is these stromal cells that create the environments, or niches, for Treg cells to adapt to specific organs, like body fat.

In this way, stromal cells influence how the immune system in an organ develops, and in body fat these stromal cells are different between males and females.

The team also found that male fat contained many more pro-inflammatory cytokines – the immune system messenger molecules that allow different cells to communicate with each other and are important in triggering an immune response and inflammation.

“This is probably the most striking and clear finding that goes toward explaining the differences in male and female immune systems,” says Professor Kallies.

“In an earlier study we biopsied human adipose tissue and found the same type of Treg cells as we find in mice, so there is every reason to believe that similar systems are at play.”

“We now have a fairly complete picture at the molecular, cellular and hormonal level of what is going on, and it may well apply in different parts of the body, though the details of how it works may vary from organ to organ.”

Professor Kallies says the findings show that male body fat is more “primed” to inflammation than female body fat. That may explain why men are more susceptible to obesity and metabolic diseases, which are associated with high levels of inflammation.

Professor Kallies suggests that the higher levels of Treg cells in men are an adaption to try and control this stronger inflammation.

“If men didn’t have this different Treg cell mechanism in place then they would be even worse off than they are now when it comes to metabolic diseases.”

The interaction, via messenger molecules, between stroma cells and the immune system and how this differs between males and females represent a new target for research and possible new drugs, says Professor Kallies.

“It means we have a more informed way of targeting these metabolic and autoimmune diseases, and the secondary conditions they are associated with like diabetes, heart disease and cancer.”

But the other key implication is that it underlines the urgent need for medical research to end the bias towards investigating only male physiology, and end the under-representation of women in clinical trials.

A 2018 study reported that between 1997 and 2000, of the ten prescription drugs the US Food and Drug Administration suspended because of severe side effects, eight caused greater health risks in women.

“It is just outrageous that you can have drugs being tested only on male animals and clinical trials only including males when we know the metabolism of men and women is different,” says Professor Kallies.

“We need to be taking into account the differences between males and females from the very start of research.”

Whether we are male or female heavily influences the prevalence, course and severity of many diseases (2017-07-06)
Link…

For more information
The research published in Nature
Link…