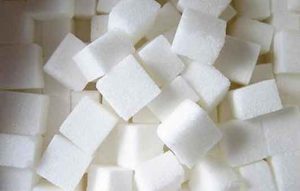 The U.S. Food and Drug Administration approved Rybelsus (semaglutide) oral tablets to improve control of blood sugar in adult patients with type 2 diabetes, along with diet and exercise.

Rybelsus is the first glucagon-like peptide (GLP-1) receptor protein treatment approved for use in the United States that does not need to be injected.

GLP-1 drugs are non-insulin treatments for people with type 2 diabetes.

“Patients want effective treatment options for diabetes that are as minimally intrusive on their lives as possible, and the FDA welcomes the advancement of new therapeutic options that can make it easier for patients to control their condition,” said Lisa Yanoff, M.D, acting director of the Division of Metabolism and Endocrinology Products in the FDA’s Center for Drug Evaluation and Research.

Type 2 diabetes is the most common form of diabetes, occurring when the pancreas cannot make enough insulin to keep blood sugar at normal levels.
GLP-1, which is a normal body hormone, is often found in insufficient levels in type 2 diabetes patients.

Like GLP-1, Rybelsus slows digestion, prevents the liver from making too much sugar, and helps the pancreas produce more insulin when needed.

The efficacy and safety of Rybelsus in reducing blood sugar in patients with type 2 diabetes were studied in several clinical trials, two of which were placebo-controlled and several of which were compared to other GLP-1 injection treatments.

Rybelsus was studied as a stand-alone therapy and in combination with other diabetes treatments, including metformin, sulfonylureas (insulin secretagogues), sodium-glucose co-transporter-2 (SGLT-2) inhibitors, insulins and thiazolidinediones, all in patients with type 2 diabetes.

In the placebo-controlled studies, Rybelsus as a stand-alone therapy resulted in a significant reduction in blood sugar (hemoglobin A1c) compared with placebo, as determined through HbA1c tests, which measure average levels of blood sugar over time.

The prescribing information for Rybelsus includes a boxed warning to advise health care professionals and patients about the potential increased risk of thyroid c-cell tumors, and that Rybelsus is not recommended as the first choice of medicine for treating diabetes.

Patients who have ever had medullary thyroid carcinoma (MTC) or who have a family member who has ever had MTC are advised not to use Rybelsus.

Additionally, patients who have ever had an endocrine system condition called multiple endocrine neoplasia syndrome type 2 (MEN 2) are advised not to use Rybelsus.

Rybelsus is not for use in patients with type 1 diabetes and people with diabetic ketoacidosis.

It is not known whether Rybelsus can be used by patients who have had pancreatitis.

The risk of hypoglycemia increased when Rybelsus was used in combination with sulfonylureas or insulin.

Rybelsus should be taken at least 30 minutes before the first food, beverage or other oral medication of the day, with no more than 4 ounces of plain water.

Rybelsus slows digestion, so patients should discuss other medications they are taking with their health care provider before starting Rybelsus.

The most common side effects are nausea, diarrhea, vomiting, decreased appetite, indigestion and constipation.

See also:
A key hormone might allow the development of new treatments for the diabetes (2016-06-02)
Link…