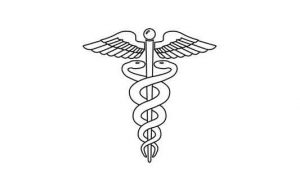 Why do eczema patches caused by skin contact with an allergen reappear in the same areas despite having had time to heal?

This is what an International Center for Infectiology Research team with members from Inserm, Université Claude Bernard Lyon 1, Ecole Normale Supérieure de Lyon and CNRS were keen to find out.

The researchers discovered that not only do the allergens persist in the skin for several weeks but also immune cells – known as tissue-resident memory T cells – proliferate at the lesion sites and remain there for long periods, reactivating the onset of eczema patches in the event of re-exposure to the allergen.

Allergic contact dermatitis (ACD) (a type of eczema) is a skin reaction triggered by exposure to allergens.

The resulting inflammation of the upper layers of the skin can last for several days, persists for as long as the area remains in contact with the allergen in question and can even become chronic.

It manifests as localized skin rashes (eczema patches) accompanied by itching and burning, and reappears if the healed areas are re-exposed to the allergen.

Tissue-resident memory T (TRM) cells are immune cells that persist in peripheral tissues, such as the skin, over the long term.

They contribute to the secondary immune response that – while especially rapid and effective against pathogens encountered previously – can cause the exacerbation of some inflammatory diseases, such as ACD.

The researchers observed that the allergens can remain in the epidermis for much longer than was previously thought (at least one month).

This persistence of the allergens in the healed areas could explain the stimulation over several weeks of the proliferation of the TRMs that are specific to them, as well as their persistence in the eczema lesion.

Finally, the researchers observed that the reactivation of the TRMs responsible for the eczema patches was subject to a retro-control enabled by a specific set of inhibitory receptors carried by the TRMs.

When re-exposed to a low dose of allergen, these receptors are activated and suppress the activity of the TRMs, thereby preventing an excessive immune reaction.

This research helps to elucidate the role played by the TRMs in the local reappearance of eczema patches.

It also shows that the development of therapeutic strategies to prevent the local reactivation of the TRMs through their inhibitory receptors should open up new perspectives in the treatment of ACD.