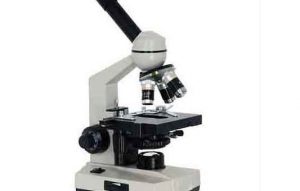 Epstein-Barr virus (EBV) infection drives the activation of genes that contribute to an individual’s risk of developing autoimmune disease.

Most people are infected by the Epstein-Barr virus (EBV) in early childhood,
it usually causes no symptoms or only a brief, mild illness.

When teens or young adults become infected, it can cause infectious mononucleosis, or “mono.”

The symptoms of mono are extreme fatigue, fever, sore throat, and swollen lymph nodes.
These symptoms can last for two to four weeks.

After infection, EBV becomes dormant, and people remain infected throughout their lives without any symptoms.

Previous studies suggested that EBV infection may play a role in the development of systemic lupus erythematosus and other autoimmune illnesses.
However, the possible mechanisms to explain this relationship were unknown.

A team of researchers led by Dr. John B. Harley at Cincinnati Children’s Hospital Medical Center performed a detailed genetic analysis to investigate the relationship between EBV infection and lupus.

Their study was supported by NIH’s National Institute of Allergy and Infectious Diseases (NIAID) and several other NIH components. The results were published online on April 16, 2018, in Nature Genetics.

Past studies had identified more than 50 genetic regions associated with lupus.
Most are thought to be involved in gene regulation.

The researchers developed a computational and biochemical technique known as the Regulatory Element Locus Intersection algorithm, or RELI.

They used RELI to compare the genetic variations tied to lupus with genetic and protein data from EBV-infected human cells.

EBNA2 is known to work through human transcription factors, which bind to DNA and affect the expression of genes nearby.

RELI showed that many human transcription factors were associated with the same genetic regions as EBNA2.

The team also used RELI to compare the genetic regions tied to risk of other autoimmune diseases.

Many transcription factors were associated with these regions as well.

These findings suggest that EBV infection drives the activation of genes that contribute to an individual’s risk of developing autoimmune disease.

The scientists note, however, that EBV isn’t the only factor that influences the development of these conditions.

“Many cases of autoimmune illness are difficult to treat and can result in debilitating symptoms.

Studies like this are allowing us to untangle environmental and genetic factors that may cause the body’s immune system to attack its own tissues,” says NIAID Director Dr. Anthony S. Fauci.