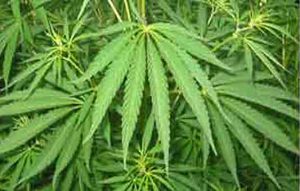 One month of abstaining from cannabis use resulted in measurable improvement in memory functions important for learning among adolescents and young adults who are regular cannabis users, a Massachusetts General Hospital (MGH) study finds.

The authors note that the use of cannabis among adolescents is common but adolescence is a critical time for brain maturation, specifically for brain regions that are most susceptible to the effects of cannabis.

A 2016 study from the same research team found that cannabis users aged 16 and under had difficulty learning new information, a problem that was not observed in users age 17 and older.

The current study is the first one able to determine not only whether cognitive improvement occurs but also when during abstinence this improvement is detectable.

The study enrolled 88 participants ages 16 to 25 from the Boston area, all of whom acknowledged using cannabis at least once a week.

Investigators compared weekly cognitive performance between a group of young cannabis users who agreed to stop their use for 30 days and a group that continued to use cannabis.

To ensure that the two groups were as comparable as possible, they were randomized in a way that controlled for factors such as pre-existing differences in learning, mood, cognition and motivation, and the frequency and intensity of cannabis use.

Participants completed regular assessments of their thinking and memory during the study period.

They also provided frequent urine tests to verify cannabis abstinence in those randomized to stop cannabis use and cannabis exposure in the continuing-use group.

Members of both groups received incentive payments for study visits and among the abstinence group for adhering to cannabis abstinence.

Throughout the study period, the levels of the urinary cannabis biomarker steadily decreased among the abstinence group, with almost 89 percent meeting criteria for 30 days of continuous abstinence.

Cognitive testing found memory – specifically the ability to learn and recall new information – improved only among those who stopped using cannabis, and this improvement occurred largely during the first week of abstinence.

A month of cannabis abstinence was not associated with improvements in attention, and no aspect of cognitive functioning improved among those who continued cannabis use.

“The ability to learn or ‘map down’ new information, which is a critical facet of success in the classroom, improved with sustained non-use of cannabis” Randi Schuster (PhD, director of Neuropsychology at the Center for Addiction Medicine in the MGH Department of Psychiatry, lead author of the paper) says.

“Young cannabis users who stop regular – weekly or more – use may be better equipped to learn efficiently and therefore better positioned for academic success.

We can confidently say that these findings strongly suggest that abstaining from cannabis helps young people learn, while continuing cannabis use may interfere with the learning process.”