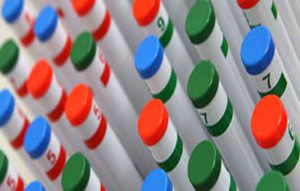 According to a three year investigation into the chemical industry by national authorities companies are breaking EU law by marketing hundreds of potentially dangerous chemicals that are widely used in consumer and other products.

Exposure to many types of industrial chemicals is a leading cause of falling human fertility and rising rates of childhood cancers, among other diseases.

A third (32%) of the 1,814 high production volume chemicals made or imported into Europe since 2010 break EU laws designed to protect the public and environment from harmful exposure, according to the study  by German Federal Institute for Risk Assessment (BfR) and German Environment Agency (UBA).

Just 31 percent were declared as legally compliant, with the rest needing more investigation.

Companies are breaking Europe’s Registration, Evaluation, Authorisation and Restriction of Chemicals (REACH) regulations by failing to report to the European Chemicals Agency (ECHA) whether their substances are cancer causing, neurotoxic, mutagenic, bioaccumulative and/or harmful to developing children or human fertility.

Yet millions of tonnes of these substances have flowed into the production of all manner of consumer and industrial goods, from paint to packaging, furniture to construction materials, since 2010.

Exposure to many types of industrial chemicals, mainly through the mouth, skin or lungs, is a leading cause of growing rates of metabolic diseases like diabetes, increasing rates of cancer, in particular to hormone related cancers (breast, testicular, ovary) and increasing rates of neurodevelopmental diseases, such as children born with lower IQ, or with coordination problems (World Health Organization Link…  ).

A few of the substances have become household names after their dangers were exposed by hundreds of independent scientific studies.
These include bisphenol A and phthalates, widely used in food packaging.

The BfR / UBA study is a rare effort by a public authority tasked with enforcement.

No other national authority has conducted such an inspection for years.

The report was presented at a workshop (Bundesinstitut für Risikobewertung BfR Link… ) hosted by BfR on both 23 and 24 August 2018, and was met with an angry reaction by industry, according to an NGO expert present.

Industry figures from several firms, including Clariant and the German Chemical Industry Association, told officials that the results should not have been announced without prior consultation and that unwelcome policy changes may result.

But despite the low level of compliance, the chemicals will continue to be used with no extra enforcement activities foreseen in the short-term.

Guidance to industry will be produced, followed by dialogue and a ‘workshop’ next year.

The guidance will have no legal force.

Companies register their substances with ECHA.

The agency conducts a superficial check on registrations to see whether documentation is filed.

Companies are then permitted to make or import chemicals.

ECHA is required to then conduct follow-up checks on 5 percent of dossiers.
Just four of around 40,000 dossiers registered with ECHA since 2010 have been revoked.

Even when companies have declared that substances pose a risk to human health or the environment, only a handful of restriction actions have been taken by either the European Commission or governments, as required by law.

ECHA and government authorities have been told to raise their game by the European Commission.

A strongly worded Staff Working Document (see pages 26, 31 and 32) from March 2018 stated that the lack of compliance of companies with their registration obligations is hampering the identification of substances of concern and the consequent ability of authorities to protect the public and the environment.

The Commission wants to see dossiers kept up to date and non-compliance addressed (part 3.1).

The EEB presented its proposals (1:27:00 Link… https://webcast.ec.europa.eu/conference-reach-review-2017) at a conference organised by the European Commission.

The Commission is supposed to publish a strategy on how to achieve a “non-toxic environment” before the end of the year.

The strategy is making no progress, EEB said.

The EEB is the largest network of environmental organisations in Europe.

It responded to the BfR / UBA report by calling for:

. an end to the automatic granting of registration to non-compliant dossiers, under the ‘no data, no market’ rule;

. an immediate withdrawal of registration of non-compliant dossiers (Art. 5 REACH);

. that dossiers are kept updated with the latest science (Art 22.1);

. that substances are restricted where risk to humans or the environment is declared in dossiers;

. for increased transparency through the naming, shaming or praising of dossiers that are compliant or not.

“This rare investigation by German regulators shows that we just don’t know whether or not everyday products are made from stuff that is bad for us.
Not the people who make products, or the people who consume them.